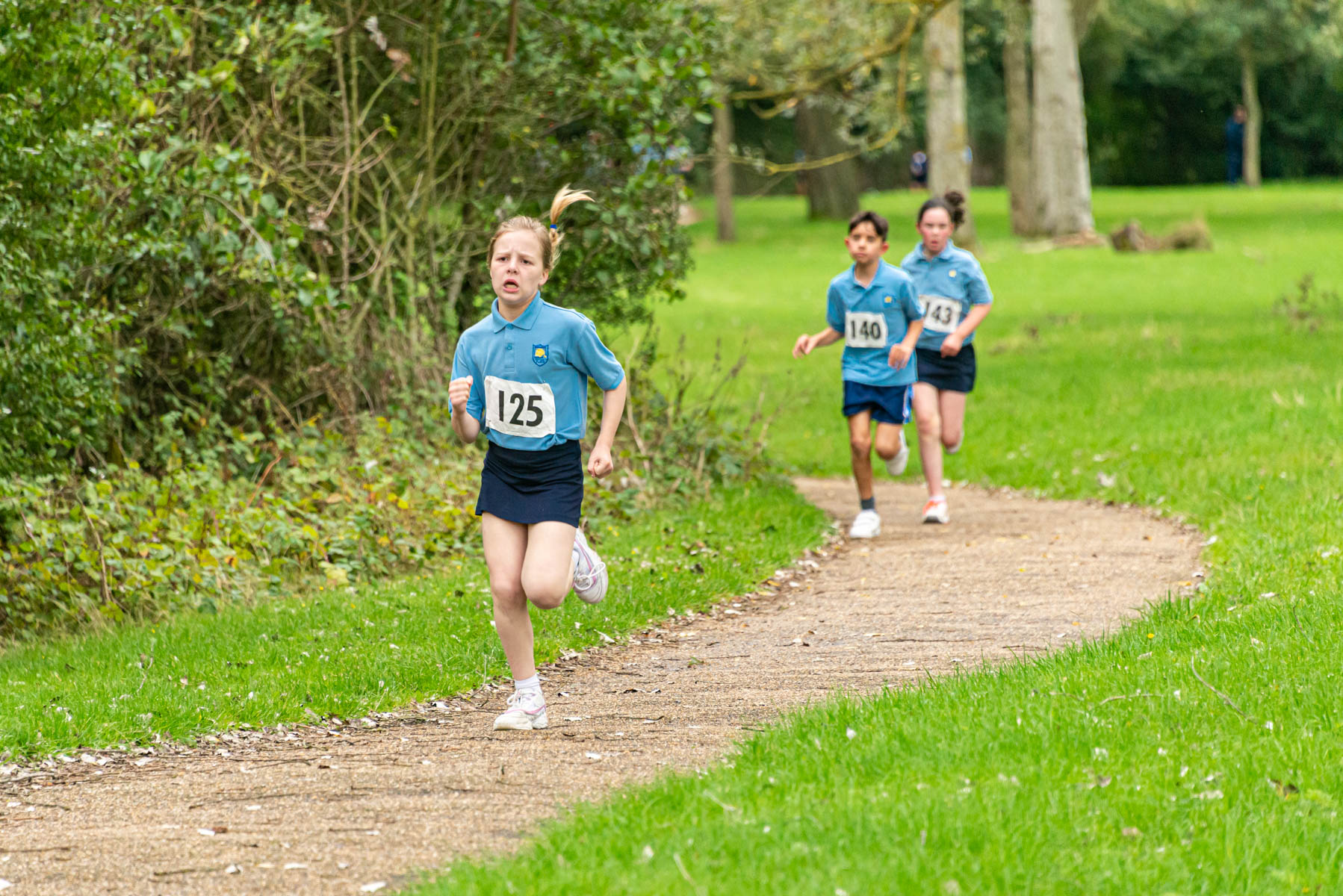 As soon as we had the marshals in place the junior race started us off (year’s 3 & 4), they had one lap to complete (1 mile). Straight from the off Tomas Garcia sprinted into the lead with rest of the field trying to keep up. At the half way point Tomas had stretched the gap and looked uncatchable. In the girls race Emily Foster was at the front with Jessica McIntosh not so far behind, and that’s how the race finished up.

As soon as all the juniors had finished the two lap (2 mile) senior race started. It was like watching a 100m sprint at the start with everyone going off so fast. But as the race settled it was Keith Adeleye that was at the front for the boys and Chiemenem Iwuagwu for the girls. By the half way point there pace hadn’t dropped and they were looking good. There was no change at the front of the field come the end of the race, but the other positions were fiercely contended.

This year I would like to make special point of praising the effort some children have made in smashing there time from last year and showing its not all about the winning its about doing the best you possibly can. So best improvers were Isaac Okwuadigbo, David Bowdan, Esther Williams, Erioluwa Ojemuyiwa, Aaryan-Krsh Sagar and Hannah Siddall.

Congratulations goes to everybody who took part, the effort that you all put in was amazing. Thanks also to the people that helped out on the day and the mass of supporters we had this year.

More in this category: « U8/9 Hockey vs Quinton House School U8 Rugby vs Swanbourne House »
back to top