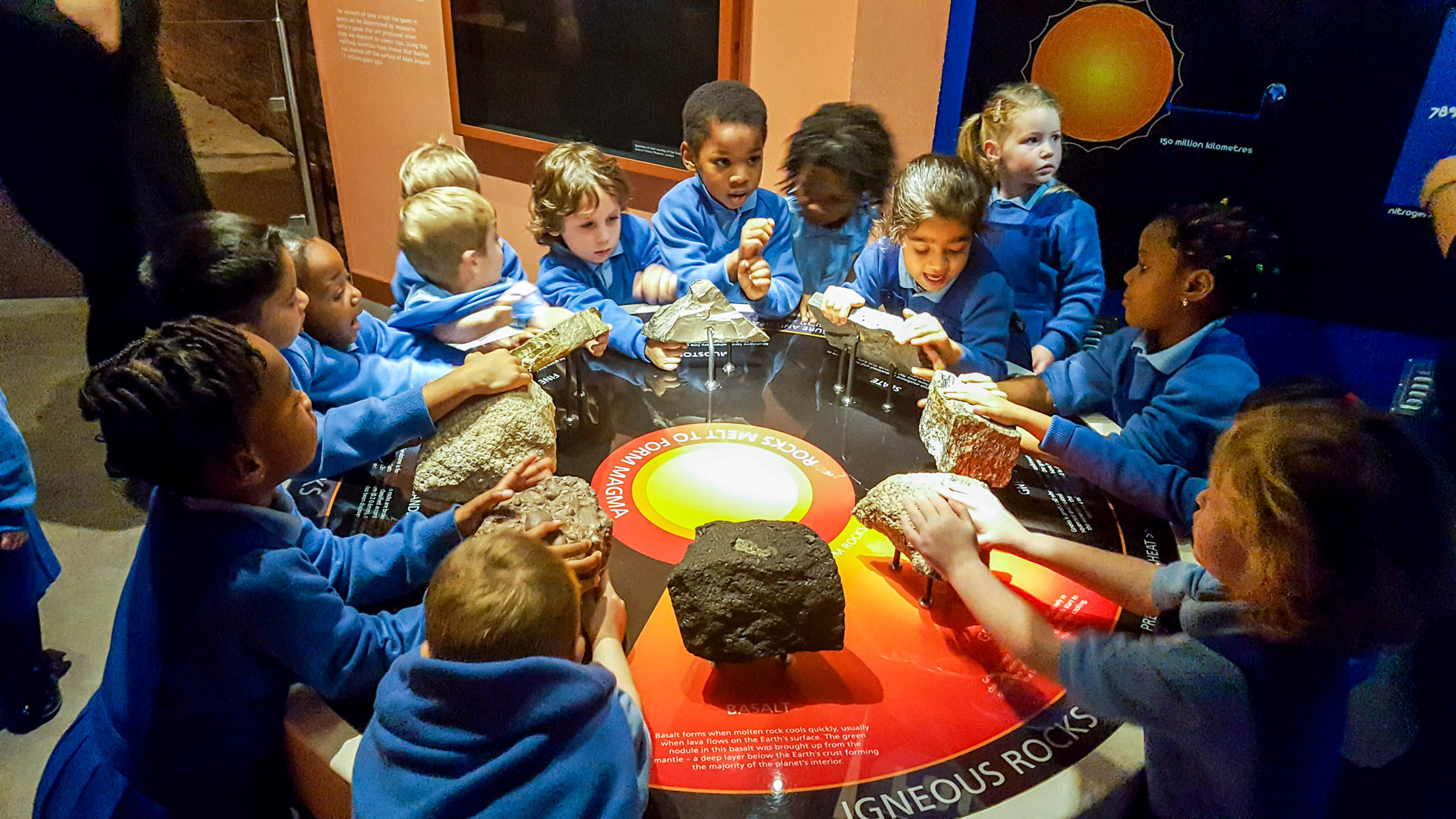 Beech and Holly had a fantastic first trip to the National Space Centre in Leicester. When we arrived we saw a real life rocket. It was enormous and the children were very impressed. We were invited inside to explore different aspects of space and travel. In the Tranquillity Base we explored the inside of a moon buggy and took it in turns to drive a hover chair. We also had a go at measuring our heights, weights and bone density to see if we could also be astronauts. In the solar system section we found a tiny-tarium. In the tiny-tarium we met Astronaut George who took us around the solar system. We had to answer his questions about the different planets by pressing the buttons around the walls. The children discovered that not all planets have water, air and friends. We also used our sense of touch to feel different types of rocks they have found on the earth, the moon and in space. In this section we also saw a model rover robot which could be steered with a remote control.

In our packed lunch we had sandwiches, yogurt, fruit and raisins. After lunch, we were fortunate enough to then go to the big planetarium where we discovered the history of light travel from Earth and were blown away by how many people it took to land men on the moon. At the end of the day we met some of the Space Centre staff who showed us how to make our own alien slime which we could take home with us. We had had so much fun on the trip that a lot of the children fell asleep on the coach trip back to school. What an exciting adventure!