The Grove U11 Rugby Festival 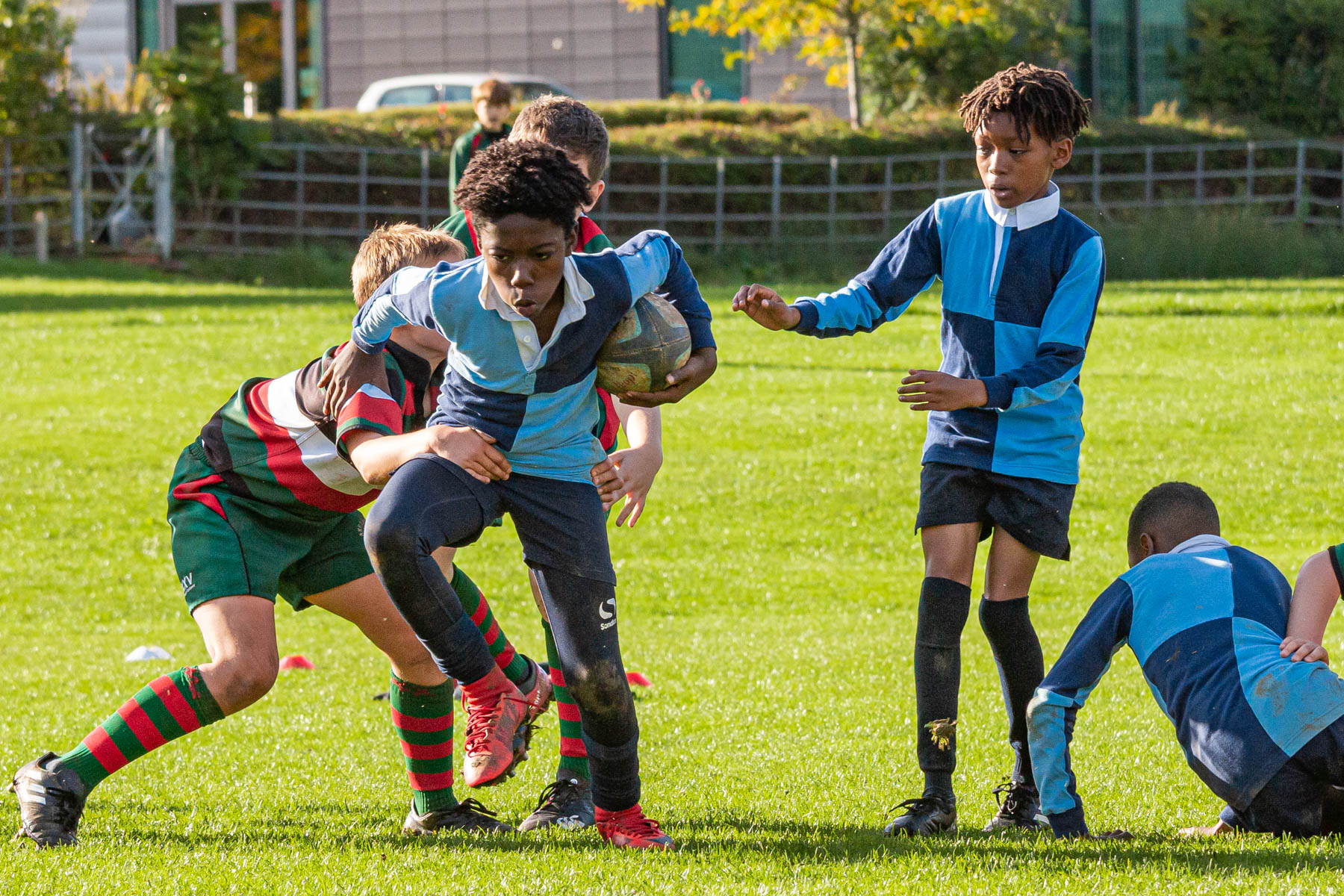 The boys started their first match against Quinton with great enthusiasm. In the first seven minute half the boys were trading a try each and when we got to half time the score was tied at two each. The boys entered the second half with renewed energy, determined to win and pulled ahead to win their first match with four to two. Best player in this match was Ayo and the game was captained by Oliver surley. Try scorers Oliver, Keith and Kanye. The match for Akeley vs Beachborough was dominated by Akeley who won with two to zero.

The second round started with the Grove vs Beachborough and Quinton vs Akeley. The boys started really well but went down to an early try from Beachborough. They fought back and managed to level the score in the last minute of the first half. This play saw the boys working on their scrum skills throughout due to the level of tackling and realised that in the second half they needed to make greater use of the ruck and win the ball from the tackles they made. In the second half the boys pushed forward and managed to score and early try. Beachborough fought back to no avail ensuring that the Grove won their second match of the festival. Try scorers Keith and Kanye. Man of the match Kanye.

Akeley won their second match as well and due to Quinton and Beachborough not having won a game both Akeley and the Grove were now in the final no matter the third match due to points accrued.

In the third round Beachborough were against Quinton and Akeley were against the Grove. The Grove started well against Akeley pushing their defensive tactics hard to try and prevent Akeley scoring. In the first half Akeley managed to get two passed the boys despite some determined tackles by Keith; Kayne and Oliver. The boys came really close when Gautham sprinted for the line. Moving into the second half some of the boys needed a breather but Keith managed to get a try against Akeley and despite their best efforts the boys went a further two down to Akeley with the match finishing four to one. Try scorer Oliver. Man of match Gautham.

In the match of Beachborough against Quinton, the former managed to draw with one try each.

The finals for first and second was the Grove vs Akeley. The boys started hard, they really wanted to win. Using their speed and tackling ability they pushed forward with some near misses at scoring that were denied through Akeley’s superb defensive line. Towards the end of the first half the boys managed to score with the score being two to one to Akeley. Into the second half the boys were determined to level and then win the final but were pushed back by Akeley’s defensive line despite some superb efforts by the boys. The boys eventually came second wih a score of one try from Keith and four from Akeley. Man of the match Joseph.

The second final for third and fourth were played well by Beachborough and Quinton ended with Quinton scoring two and Beachborough scoring one.

The boys look forward to putting everything that they’ve learnt into practice next Wednesday in their next fixture. Oliver is doing a great job leading the team and can’t wait till the next time he can engage against another team.

View the embedded image gallery online at:
http://www.groveindependentschool.co.uk/index.php/component/k2/item/483-the-grove-u11-rugby-festival#sigProId77c726b687
More in this category: « U9 Hockey vs Swanbourne House Colts Rugby vs Broughton Manor »
back to top