Chestnut & Sycamore Trip to The Raptors 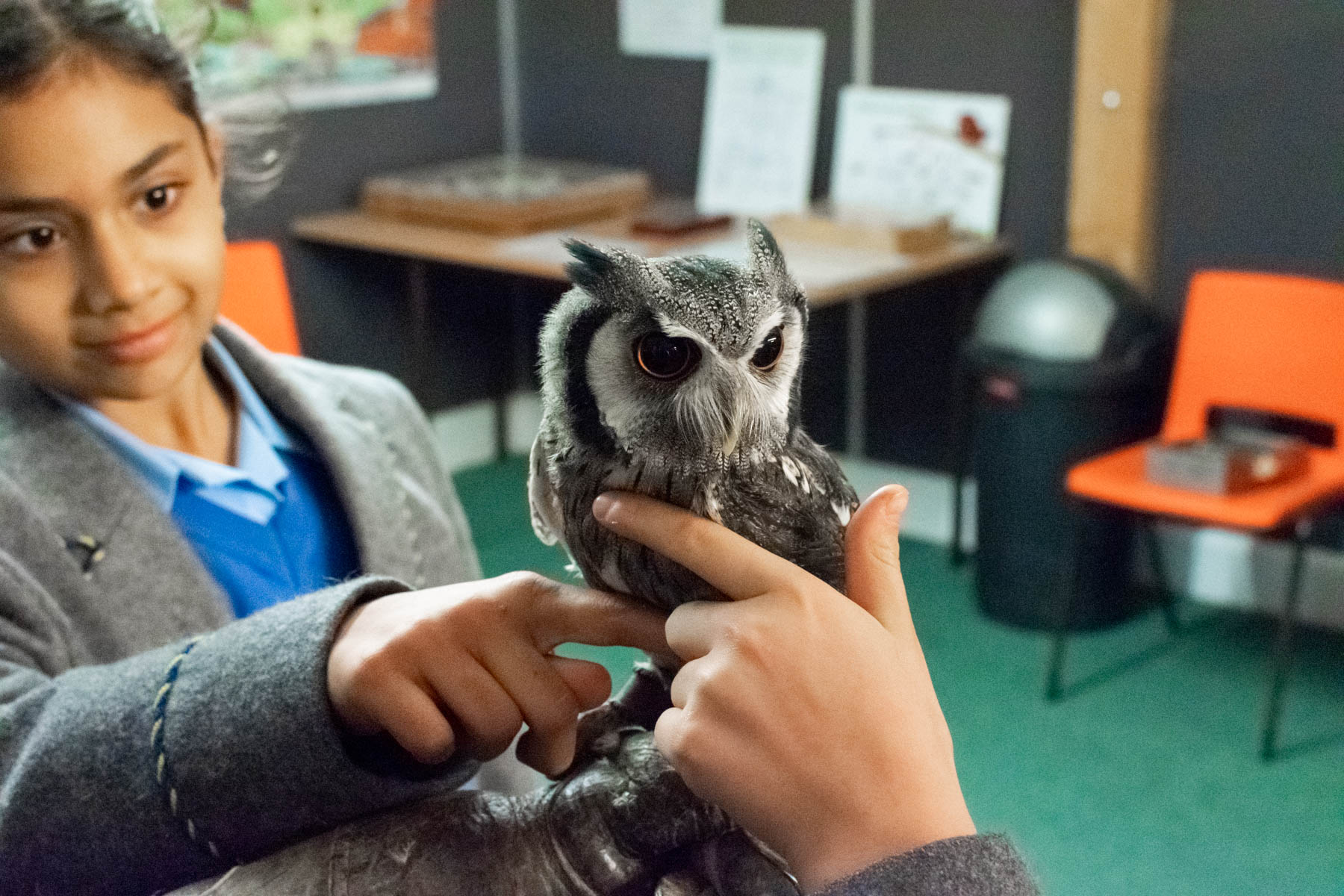 On Wednesday the 23rd October, Chestnut and Sycamore travelled to the Raptor Foundation near Huntingdon to learn about birds of prey. They were accompanied by Miss McCall, Mr Bay and Mr Pendry, who were all highly impressed by the children’s behaviour and representation of the school.

After a brief introduction, the two classes separated for different activities, swapping over after lunch. One group visited the reptile house where different prey species of the birds were housed (not as future snacks!). The children were able to get hands on with tortoises and geckos and also enjoyed seeing meerkats up close. They were told about the advances in medical treatments, using synthetic snake venom, and other important research going on with these species. They also heard how litter is particularly dangerous to animals that cannot bring it back up after it is swallowed.

The other group went to the education centre where they studied the pellets of local Barn owls in order to ascertain their diet composition. This involved dissecting the pellets with tweezers and fingers, matching the bones that they found to an identification chart. This was followed by an opportunity to meet and greet two owls (a small African eagle owl called Lola and a British Tawny owl named Topaz). The children were delighted to be able to stroke these two magnificent creatures.

Between these two activities, the children watched a performance by different species of raptor with several getting much closer to the birds than they anticipated as they flew past. They were told about the birds’ habitats and the dangers posed to them by mankind.

The staff at the centre were amazed at the children’s knowledge and understanding of the issues that they were covering. In fact, our tour guide Elliot stated that he had to adjust his presentation to a level three years older than he anticipated, such was the knowledge displayed by the children.

Every one of us enjoyed the experience immensely and have been left with wonderful memories and feeling inspired for the future.