U8 Rugby vs Beachborough School 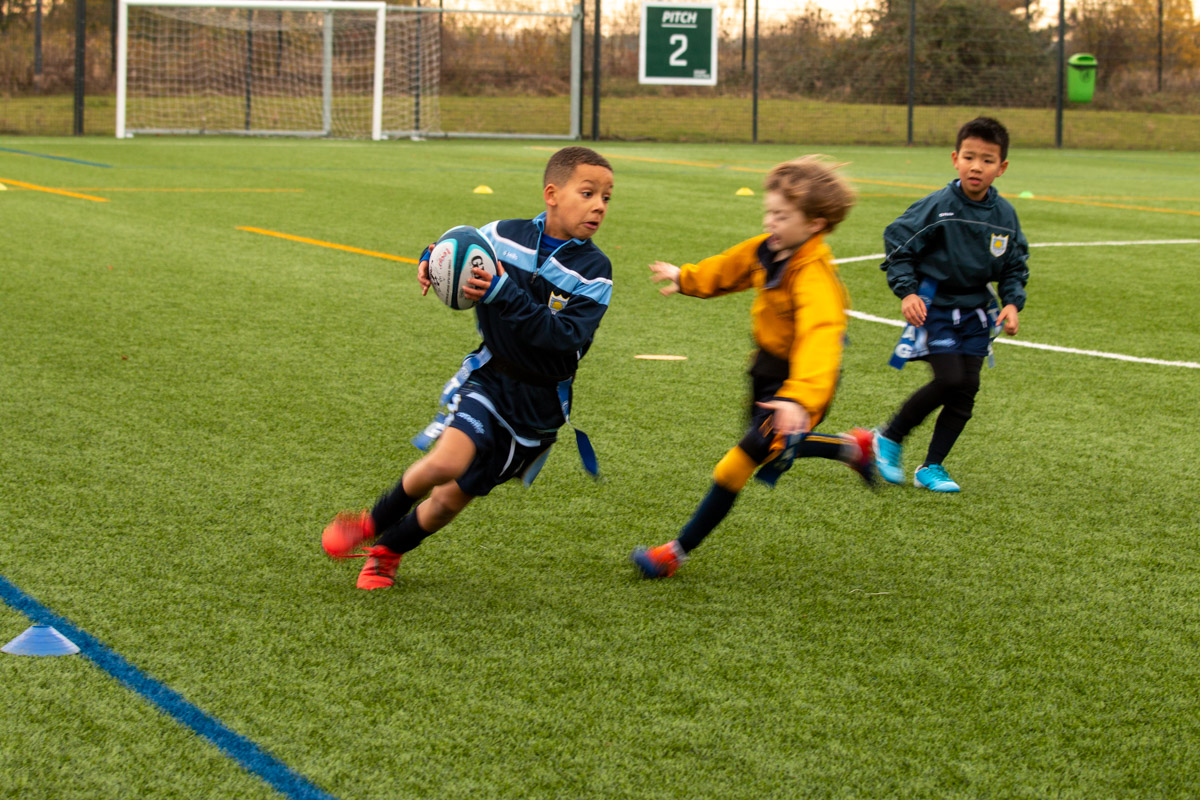 Every time the boys get a chance to play in a fixture, they get a chance to learn and improve. So when Beachborough offered to bring 15 players to match our 15 I didn’t hesitate. We hosted at 4G astro at Sports Central, to try out the venue for rugby and stay dry.
Both schools divided the children into 3 mixed ability teams, we set up 3 pitches and Beachborough refereed on 2 pitches and I took the middle one. The aim was to play as many games as we could and get all the boys actively involved and developing their game experience. For the first 3 games we rotated. From what I saw in the games I refereed there was a lot of great attack and because the teams were only 5 aside everyone got a chance to get their hands on the ball and show they had an understanding of going forward and passing back – something that I am confident all our boys have got the hang of.
Since the boys had such a good time and were really pleased with the day, I thought it would be great to have feedback from some of them.
Mr gough
Shreyan Kothari
“On Tuesday was the rugby fixture, we were split into 3 groups. I was in the green tagged team. The fixture was against Beachborough and was great fun. We were moving from one game to another. I think my team was great, but I think I needed improvement. After a water break there were more matches this time Beachborough was moving; I think I still needed improvement. Then there was fixture tea. I had a muffin and 2 cheese sandwiches. We had to sit next to Beachborough. I found a lonely Beachborough boy and sat next to him. After we headed back.” 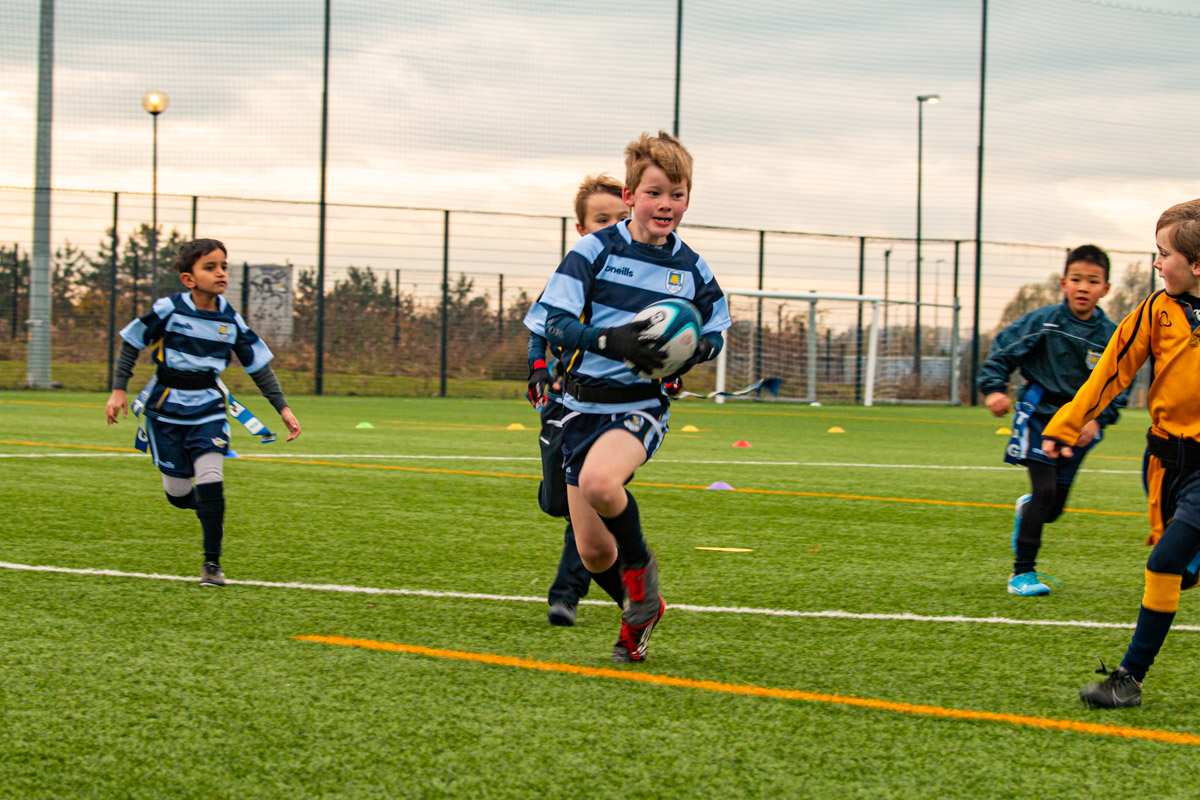 Mushaf Ali Khan
“My second rugby fixture was awesome! When we first met Beachborough we changed to our boots and got on the pitch. Mr Gough made a mistake and forgot to tell us to take the mud off our boots, so we had to take off any mud we had made on the astro. In any case the match was brilliant! The first 3 were awesome, but unfortunately, I got tagged a couple of times, but I got three tries in total. The other matches were quite hard, but the more harder it is the more fun you have. After the match we got a drink and changed back into trainers and tracksuits and got everything we needed. After that we went to get match tea and when we got our food I looked around and it was like a café in there. I had 3 cheese sandwiches and a chocolate muffin.”
Oluwakoseunti Akande
“I really enjoyed my rugby game but wanted to see the scores. I got 12 tries in the whole of the fixture. I really enjoyed playing and most of all having fun. Thank you Mr Gough, the first time I know I didn’t know much, but you have taught me so much about the values of rugby and passing and dodging. I know that I am doing these in this match and all our matches, you’ve made me to be really happy.” 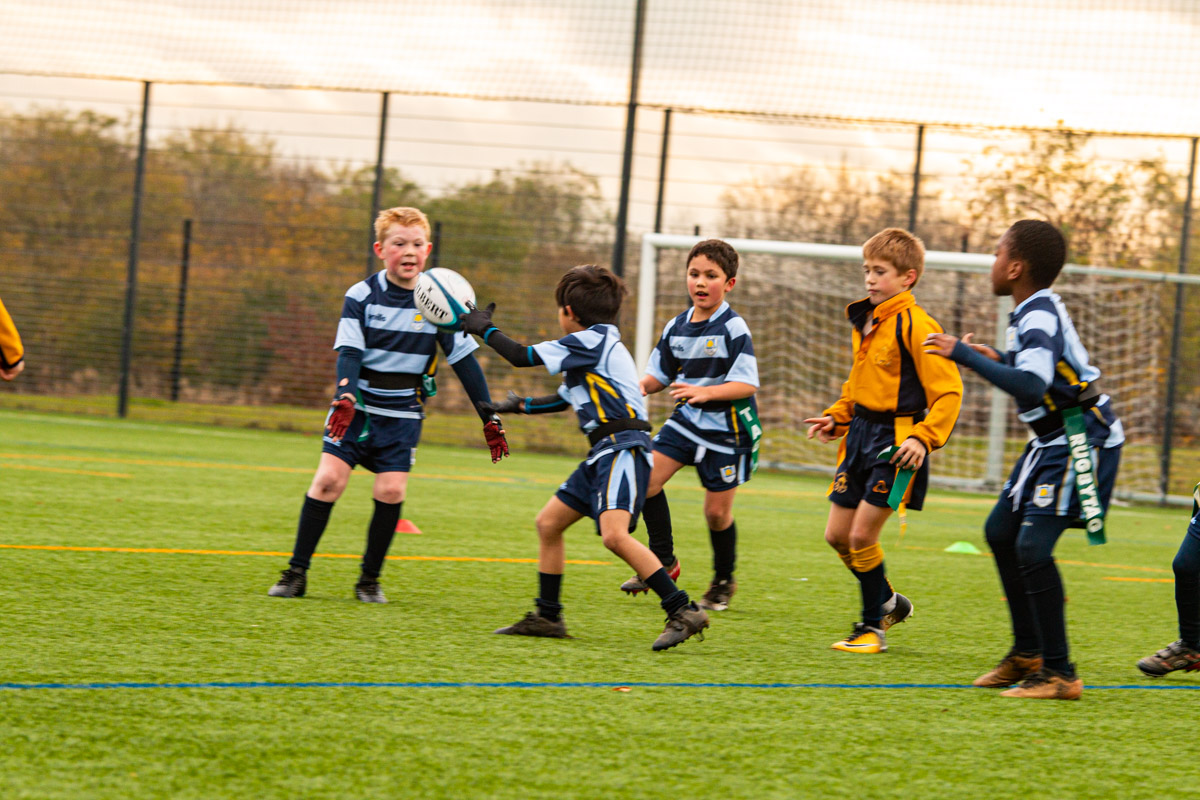 Oliver Payton
“My team was good at defending and tagging the other team. There were not many knock-ons and no forward passing. We had lots of running forward and clear passes. Good effort at staying on side, but a bit more using two hands not one, and no handing off people trying to tag you.””
Read 1492 times Last modified on Friday, 29 November 2019 16:06
Tweet
Published in Sport
Tagged under

More in this category: « U8 Rugby vs Broughton Manor U8 Hockey vs Beachborough School »
back to top