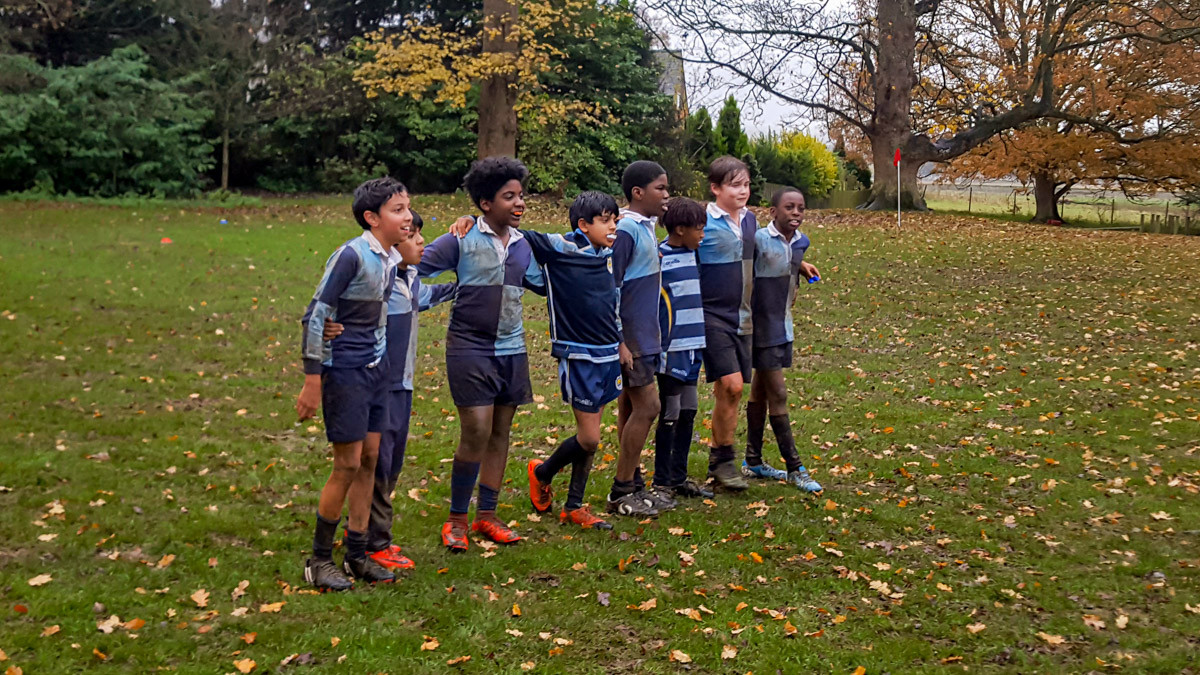 It was the last rugby game of the season for the under 11 boys and it was not a game to be missed. As captain of the team I could not have asked for more from any of the players. Note only did we secure a 8 - 6 win against Quinton House but everyone played to their best; working as a team and demonstrating their skills. Despite a slow start and being 4 – 0 down to Quinton House at half time we wanted to turn this around.

The first try was scored by Kanye after providing excellent support play to myself up to the try line which left Quinton off guard. This was the start of the change in the game. Some great tackling by Joseph, Advik and Amogh supported by Gautham and Timothy ensured we remained in the game and we could see Quinton House were getting tired.

Mukutwa showed his strength by powering through and dragging some of the Quinton boys over the line to score a try. Further tries came from Joseph (1), Kanye (3) and myself (3). All made possible through great teamwork and determination from all. Everyone was working to their strengths and adapting their game play to ensure our defence remained strong. Amogh despite hurting his leg pushed through to support the team.

Even though Quinton House rotated their players throughout the game our defence and team work held and we were able to take advantage of every opportunity which came our way to score a try. It was a hard game but an enjoyable game. As captain of team I could not have asked anyone to do any more than they did.

More in this category: « Beachborough School U9 Rugby Triangular Bedford Modern School U8 Tag Rugby Festival »
back to top