U8/9 B Football v Broughton Manor 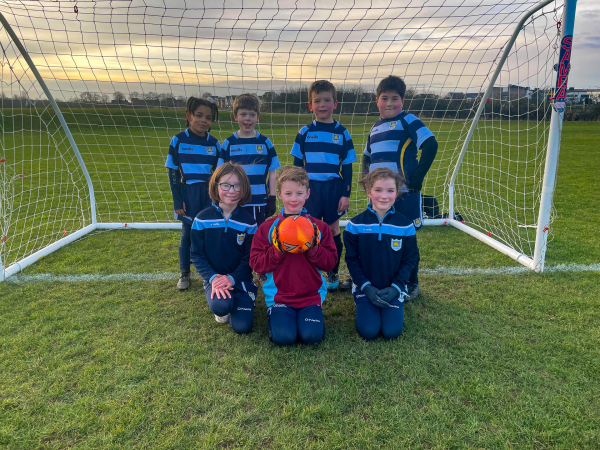 This was the first football fixture for many of the boys and girls, they did their school proud. In this fixture we played four quatres of ten minutes, which gave all the children a chance to try a different position on the pitch.

We started the game well with Aljandro linking up well with David to force a good save from the Broughton Manor keeper. Bella and Monty defended well at the back with Timothy making some good saves. However, Broughton Manor raced into a two-goal lead with two well worked goals.

The Grove never let their heads drop and scored their first goal of the match when Elijah set David through on goal 1v1 and calmly past the keeper. Broughton Manor then scored another goal to make it 6-1 going into the last quarter.

In the last quarter we started off well with some great passing play from all the team. This was shown when David again ran through the Broughton defense and forced the keeper to save his shot, in which hit David in the face and David reacted quickly by slotting the ball into the bottom corner of the goal. The final whistle then went with the final score 6-2 to Broughton Manor.


Thank you to all the parents that turned up to support the children on a cold winter's afternoon.

Player of the match – Bella