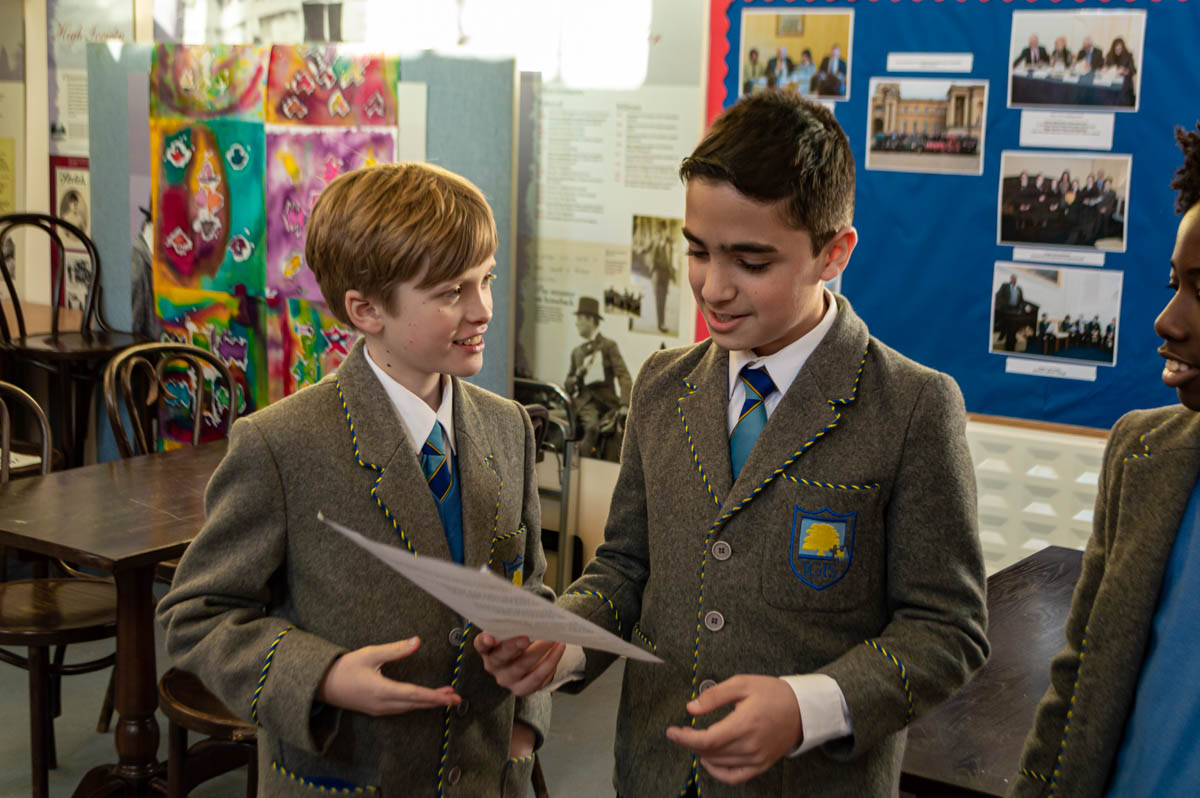 On Monday 18thNovember, Spruce and Juniper went on a trip to Blenheim Palace. The Palace was wonderful and the gardens were amazing. Once we got there, we had a little walk around the formal gardens. We saw the Diana Temple, which is where Winston Churchill proposed to his wife, Clementine. After that, we saw the Churchill timeline that told us about where Churchill was born and where he went to school. We also learnt that Winston Churchill went to Sandhurst Academy, where he trained to be a soldier. He became an MP in 1900 and worked his way up to becoming Prime Minister, in 1940.

After our walk, we got to the café, which had a lovely view of the gardens and this is where we had our lunch. From there we were escorted by a lady who was in charge of the workshop. She took us to a room to leave our bags and then explained to us what we were going to do, that afternoon. First, she said that we were going to tour the Palace. We saw all the rooms where Winston Churchill did his painting and wrote his books. We even saw the actual room where Churchill was born, in 1874. We looked at the writing and drawing rooms, in which the family would have enjoyed time together, after dinner. 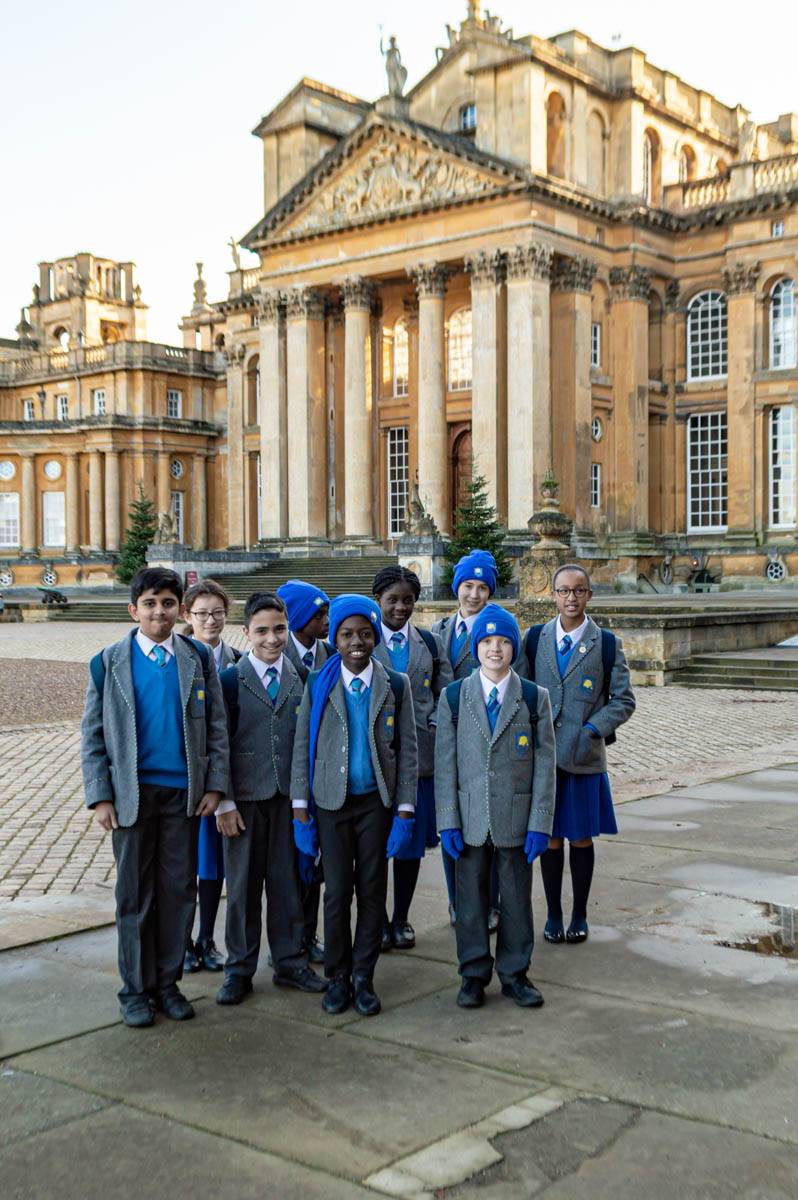 Once we had toured the Palace, the lady took us back to the room and we did some – really fun – public speaking exercises. We did really tricky tongue-twisters (which I do not know how people were meant to say because they were so hard) and read one of Churchill’s speeches, ‘We shall fight on the beaches’, published on 4thJune 1940.

We had a really entertaining time at Blenheim Palace and if I could, I would go again!

On Monday 30th April some of the ski race team and myself arrived at school at 6:30am to go take part in The ISA National Open Indoor Ski Championships.

Once we arrived at Hemel snow centre the children got themselves suited and booted and onto the slope to warm themselves up, and to do a test run of the course.  At 10am the first race began.

All the children got to carry out 2 runs of the race course, with their fastest time putting them onto the results table.

I would just like to say a big thank you to the parents that made it, and for all your support. The children were great, well done to everyone that took part. 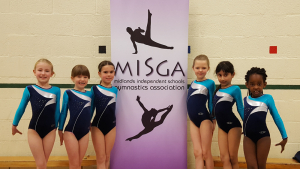 The children have been working very hard over the Easter Holidays for this competition, and we had a large number of children competing, many of them, this was their first competition.

The Under 9 Girls were very prepared for the competition, and being in the first round, did not have to wait to long to compete. All the girls were composed and ready after the warm up. All girls performed well, and nerves did not show, both during the floor and the vault. And the hard work paid off, Alexa O'Kane received a medal for 6th Place and the Team received a Bronze Medal for 3rd Place!

The Under 9 Boys had an excellent competition also, especially as 4 of our boys were only 7 years old!! The boys were very nervous, but they held their nerves and performed to the best of their ability. They finished in 4th place overall.

On Sunday, the Under 7 Novice Girls were competing in the morning. For all of these girls, it was their first competition. Nerves were high, but the girls were also very excited and smiley and happy!! The children had done lots of practicing the routines in gymnastics sessions, and knew exactly what to do. Every single girl performed both their floor and vault without showing their nerves and they were very happy when they finished. Their hard work paid off also, Summer O'kane came home with a Bronze Medal in 3rd Place and the team won SILVER medal!!

In the afternoon, our more experienced Under 11 Girls were competing in the Novice Competition. The girls all knew what they were doing, and looked very professional and tight in their routines. Again, hard work and determination from the team payed off. The children all won a Silver Team Medal, and Eve Bailey placed 4th Place and Hana Iguchi 6th.

All of the children this weekend should be so proud of all their performances. They have all worked very hard for this competition and those that won medals really deserved them. We are also very proud of them. Well Done Boys and Girls! 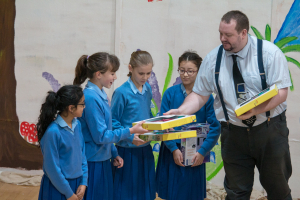 Each year the children in Prep are asked to produce a science project on a specific topic. This work is done in addition to their normal classwork and homework. Each time the projects are handed in I am amazed at the wonderful pieces of work that are presented to me and the effort and time that most of the children spend on their work is immediately obvious.

Between October half term and Christmas it was the turn of Pine & Acacia to do their project and the topic was famous scientists and inventors. The children had to have a main focus for their work but would also look at someone from more than 2000 years ago, as well as two other people linked to their chosen person. Whilst some focussed on the more famous scientists or inventors, such as Albert Einstein, Marie Curie and Leonardo da Vinci, others chose less celebrated people such as Maurice Hilleman (worked with vaccines after WWII), Carlo Rovelli (theoretical physicist) and Hedy Lamarr (Hollywood actress who invented remote guidance mechanisms for torpedoes in WWII and who’s work led to Bluetooth technology)!

Deciding on winners is always very difficult and I often seek other teacher’s opinions. In the end I was so impressed that I had to have three special mention prizes to recognise the effort that so many children made.