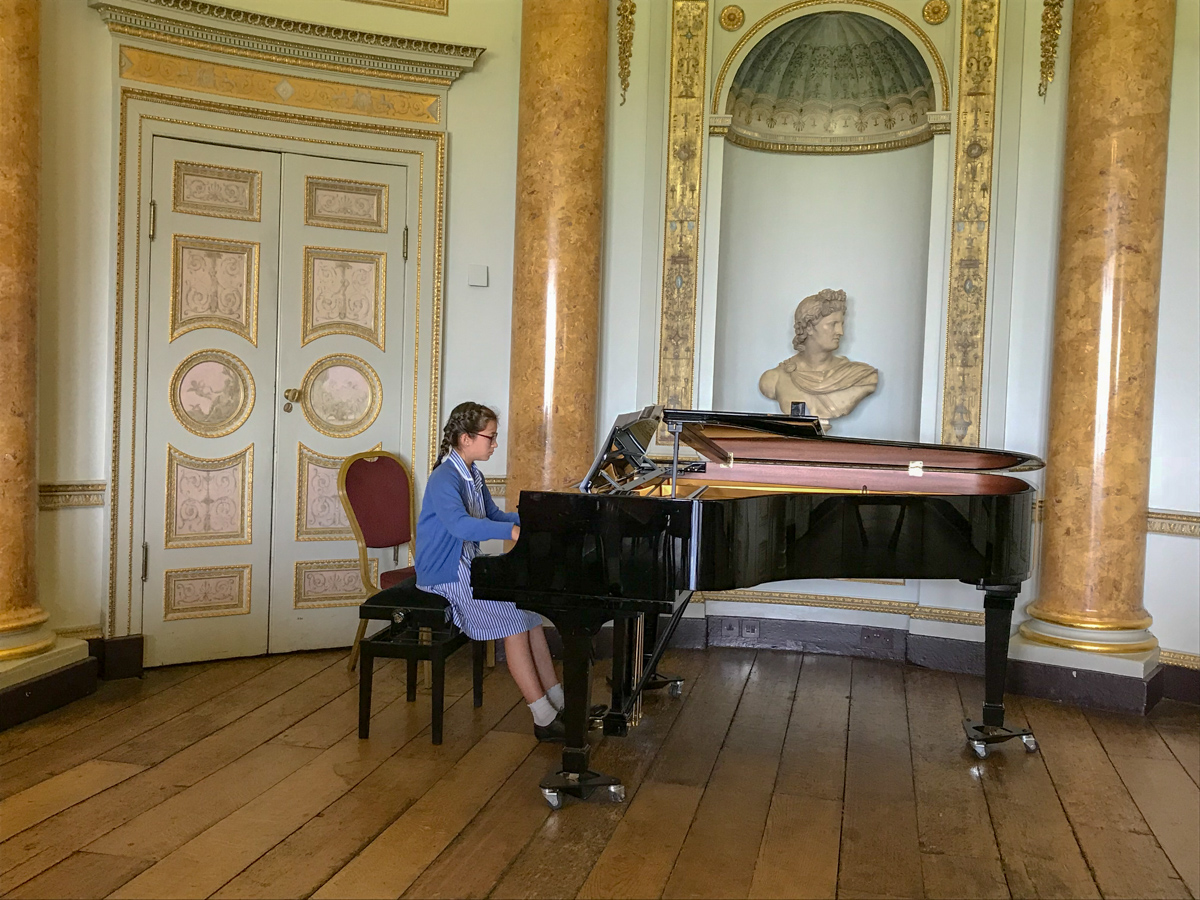 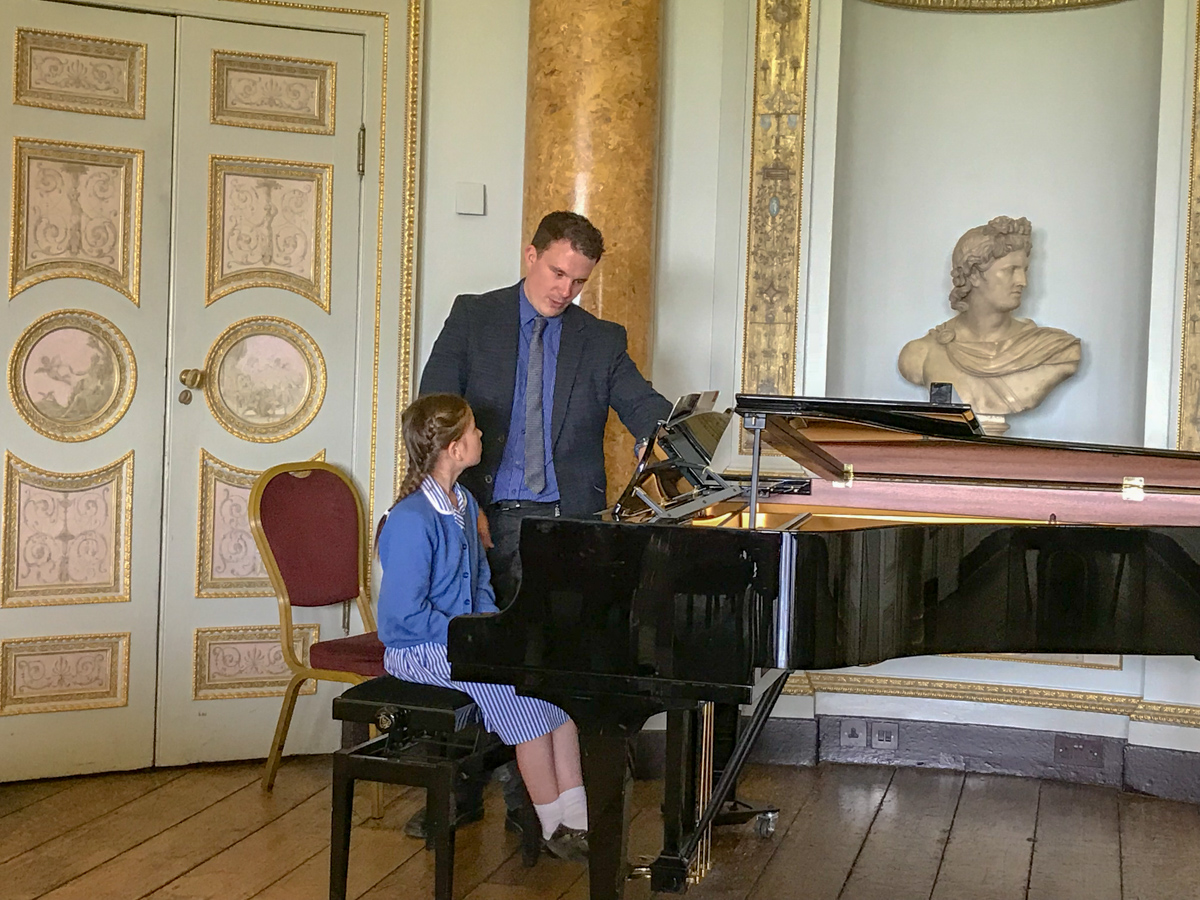 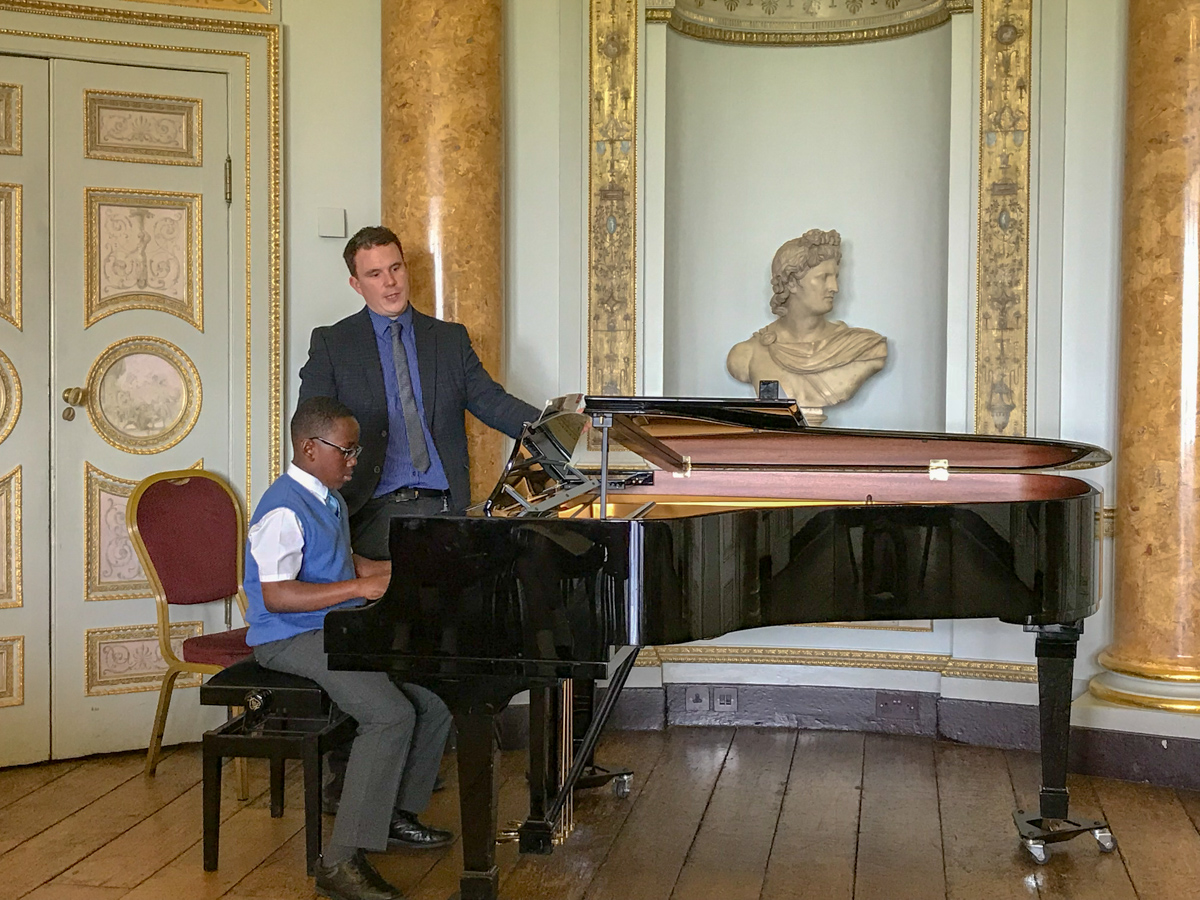 A small group of pupils from The Grove were invited to the Killer Keys event at Stowe school on Thursday. The day was run by Ben Andrew, the Head of Keyboard studies. The day started with a joint rehearsal with pupils from other schools and some Stowe students. They worked on two pieces that Ben had arranged for piano ensemble. It was an unusual experience hearing 7 pianos being played by 20 pupils at the same time. We were treated to a demonstration of the magnificent pipe organ in the Stowe Chapel by Jonathan Kingston. To get to the organ loft we had to climb the steps going through the instrument, passing some of the nearly 4000 pipes.

After lunch we went to a lunchtime concert in the magnificent state music room. Featuring some of the Stowe musicians playing piano, flute and oboe. Ben then led a masterclass, working through individual pieces with a number of pupils. Emily Garwood played Nocturne in F sharp minor by Fredrik Chopin. This was a truly moving performance in the stunning setting of the State Music room. Gaia Mesonero-Perez played Walt in A by Carl Maria Von Weber. A very confident performance, with great dynamic contrasts. Ben encouraged her to play in a more dance-like manner. This gave the performance a stylistic lift. Damilola Omotosho played Polish Song by Ferdinand Hiller. Ben credited him for preparing the piece well, ready for his forthcoming examination. He worked on projecting the right hand a little more to good effect. The concert for parents included solo performances by some of the students, the ensemble pieces that they worked on during the day, and a very interesting joint improvisation piece that they put together during the day.

A great experience for all involved.